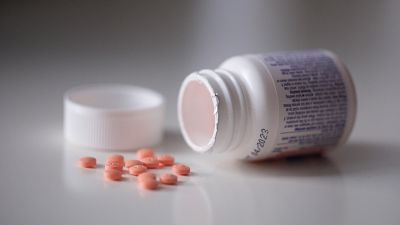 A panel of experts in the United States recommends that people aged 60 and over, who are at risk of heart disease, should not take low-dose aspirin on a daily basis to prevent a first heart attack.

Aspirin is known to thin the blood, prevent clots and reduce the risk of heart attacks and strokes, and other cardiovascular diseases.

By taking aspirin, the risks of internal bleeding might outweigh the benefits, especially in the brain or intestines.

The US Preventive Services Task Force (USPSTF) said on Tuesday it plans to update its 2016 recommendations in light of new evidence that shows the risk of life-threatening internal bleeding from regular aspirin use increases with age.

The necessity to consult a doctor

Aspirin, which has been used for decades to relieve pain and fever and is available over the counter, is an easy and cheap option to help people at risk of serious heart problems, according to USPSTF.

“Daily aspirin use may help prevent heart attacks and strokes in some people, but it can also cause potentially serious harms, such as internal bleeding,” said Task Force member John B. Wong.

“It’s important that people who are 40 to 59 years old and don’t have a history of heart disease have a conversation with their clinician to decide together if starting to take aspirin is right for them.”

As for the age group from 50 to 59 years, the Preventive Services Task Force previously recommended that aspirin be used only by those whose risk of heart attack or stroke during the next 10 years of their life was not less than 10 per cent, or who did not face a higher than average risk of suffering a haemorrhage.

These new recommendations are not yet final, as they are first subject to a period of public debate until early November, according to AFP.

According to a 2017 study, 23.4 per cent of adults aged 40 and over without cardiovascular disease were taking aspirin as a preventive measure, of which 22.8 per cent were doing so without the recommendation from a health professional.

Meet Xavier, the 'anti-social behaviour' robot on patrol in Singapore

Nipah virus could cause a deadly COVID-scale pandemic. But what is it?

Why is Snoop Dogg betting big on Europe’s cannabis scene?

Nipah virus could cause a deadly COVID-scale pandemic. But what is it?

Poo found in an Austrian mine shows we ate blue cheese 2,700 years ago